Today my parents celebrated their 40th wedding anniversary. Forty years. Wow. When I think of it, it doesn't seem like they should have been married that long but since I'm 38 I suppose they should, eh? Unfortunately a family member's brother was killed in a tractor accident and his funeral was today, so it was a day of mixed emotions. My sister and I did take my parents out to eat at Cracker Barrel after church tonight and we gave them a card and gift certificate. Everyone except my brother and his two kids were there, so we had a huge table, laughed lots, and enjoyed our time together. It was nice to spend time with family. Wish I had pics, but my sister was the one who took pictures tonight. I'll have to get copies from her.

While we were there my daughter bought a stuffed possum--but that's another story altogether. ;)

We played our first All Star game yesterday and lost. We play again tomorrow night. Wish us luck! :)
Posted by Janice Lynn at 8:27 PM No comments:

Yesterday, my daughter made her fourth donation to Locks of Love, putting her at just over four feet of hair donated. I'm so proud of her!! :) 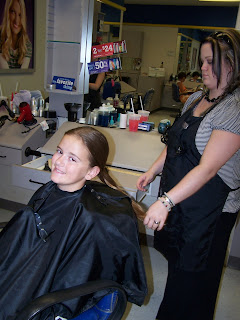 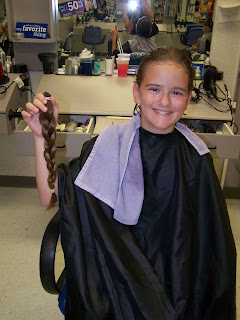 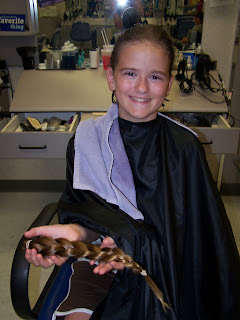 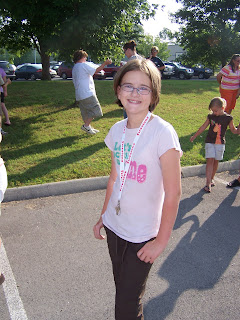 The last picture was taken this morning prior to her leaving for 4-H camp for the week. :)

The free online read at eharlequin is half posted now! The first ten chapters are there for your reading pleasure and the following ten chapters will be posted daily for the next two weeks (week days only!). How cool is that? :)
Posted by Janice Lynn at 10:00 PM 2 comments: 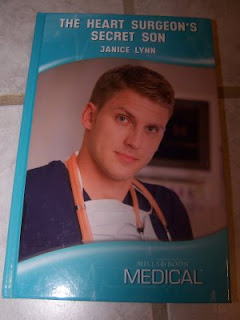 Yea! The Heart Surgeon's Secret Son won the 2009 Golden Quill for Best Traditional Romance!! I love this book for so many reasons and am so excited over the win. Daniel and Kimberly's story is one that is still strong in my mind and of all my Medical Romances, it's one of my favs. :)
Thanks to Desert Rose for sponsoring such a fabulous contest, to the judges who read The Heart Surgeon's Secret Son, and to everyone involved in making writing contests such a success. :)
Posted by Janice Lynn at 12:19 AM 1 comment: