My son and my nephew who is the same age recently went on holiday with my parents. Jessie came home today and I decided I wanted to share some of his pics. Y'all have 'met' Jessie before as he's my son who acts. He's such a nut--can't imagine where he gets that from. ;)

Jessie & Captain Jack had a lot to talk about...particularly pirate booty, pirate booty, and more pirate booty. Although Jack did keep bring up this Sultry Beauty, but Jessie didn't have a clue what he meant... 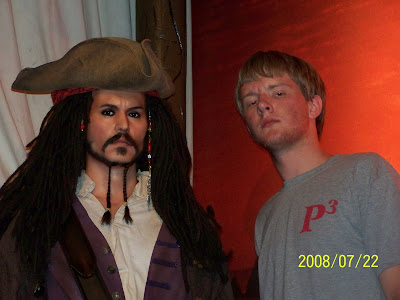 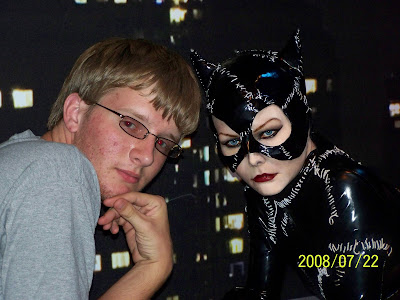 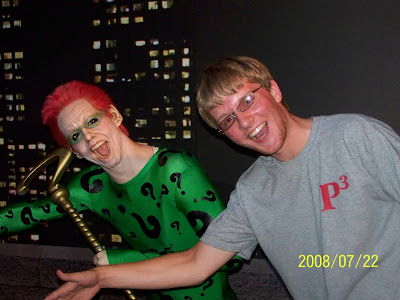 I have no idea what he's saying to Britany. As his Mom I hope it's STAY AWAY. 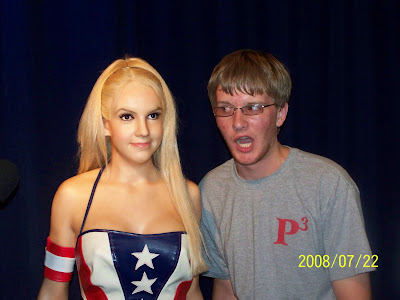 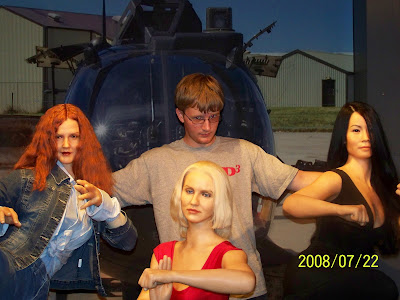 And my personal favorite & the inspiration for the blog title... 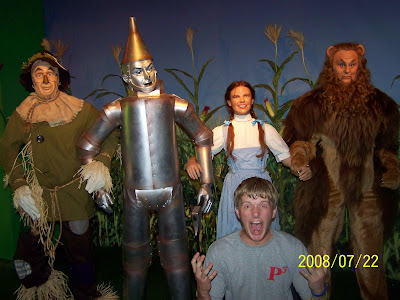 I am quite enjoying having puppies. :) They were born on July 9th and I took these pics today. Such little darlings!!! We're still working out names as personalities emerge. All except the firstborn. She's Ashley, named after a friend whose birthday was also the 9th. :) 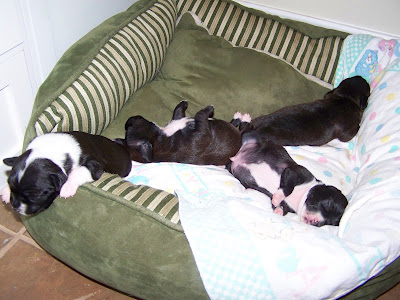 Isn't she sweet? This is the 3rd puppy born. She's a total sweetheart & loves to be held close. :) 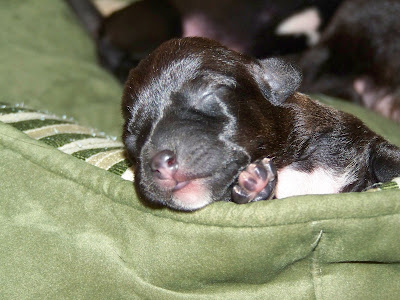 This little darling is the baby we'll most likely keep. No name yet although we're tossing out several and none have stuck yet. :) 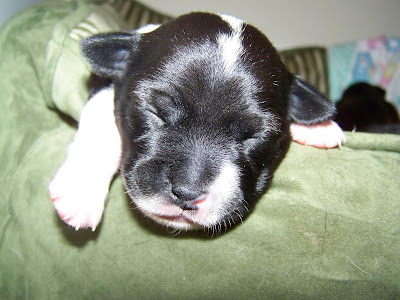 This one is Ashley, the oldest. She's a little bit bigger and more active than the other three pups.

I'll have to be sure to get a good picture of the 4th boy in my next shots. Our next door neighbor is taking him so we'll still get to visit. :)
Posted by Janice Lynn at 5:54 PM 4 comments: 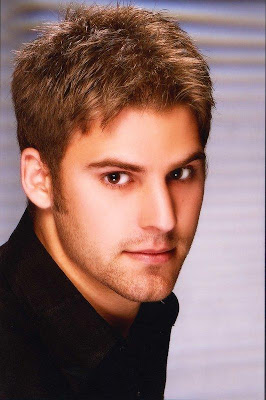 Cover Model and 2007 Mr. Romance Contestant Christopher Howell is blogging with us over at http://www.writersatplay.com/wordpress/ 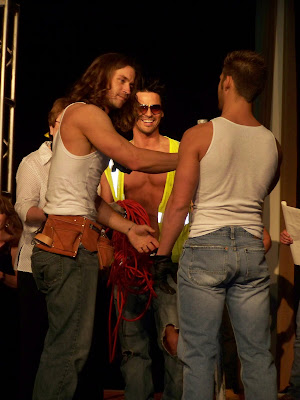 I can recall my dog having puppies when I was a small girl, but I'd never actually seen puppies being born before today. My dog Lilly went into labor this morning and has now had 4 puppies!! They are so precious. I've tried to share via email with some pals and it's just not working and we all know that I'm...challenged...when it comes to computer things. Very simply, I can't get the pics to shrink small enough for yahoo to allow me to post them. Ah, well. This way I can put several pics up at once. 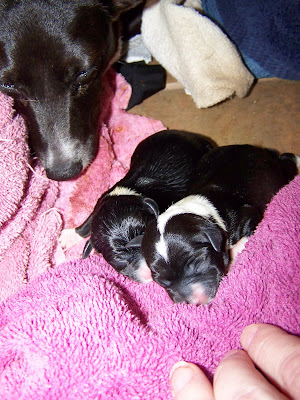 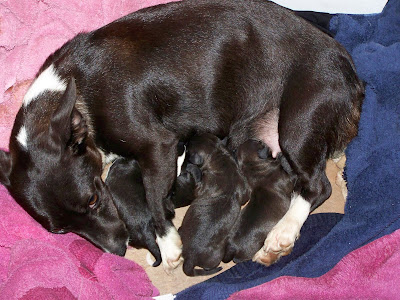 I'll post more later. I also cut my finger today & am having problems with doing much of anything. But aren't all the puppies wonderful? :)