I sat in the back of the auditorium last night so that my tripod wouldn't bother anyone & I could keep an eye on it. Tonight I sat in the front row so I could get some good still pictures. They're definitely much, much better! The play was awesome and the kids did great. 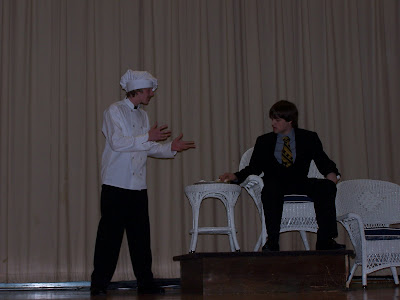 Baker Pierre explains to the King that the cream puff cookbook sprouted legs and walked away (the cookbook was cursed by the Witch of All Witches). 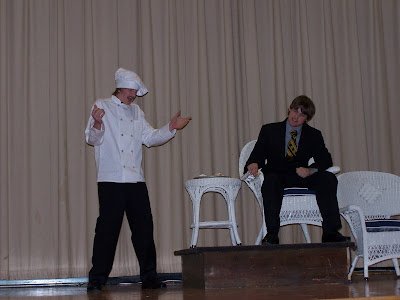 Baker Pierre tells the King the secret ingredients of the cream puffs--cream & puffs. 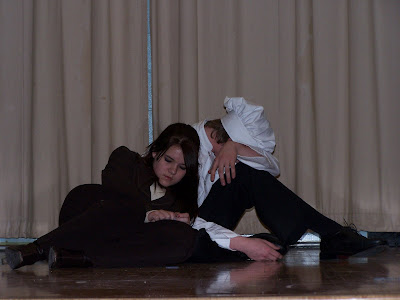 After being ordered to take the cream puffs apart crumb by crumb with the help of the Herald, Baker Pierre is "pooped" & so is the Herald. They reportedly examined each and every crumb and deduced that the cream puffs are made up of "millions and millions of crumbs". 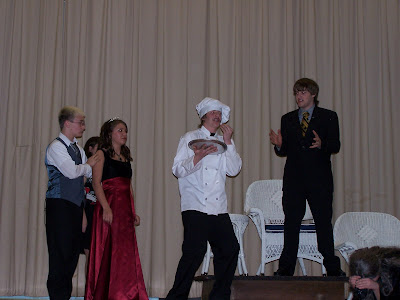 After the King's daughter rescues the cream puff recipe for the Witch of All Witches, Baker Pierre makes a new batch of cream puffs. They are superb. The lightest, most wonderful he's ever made (0f note, Baker Pierre & the King really did bake the cream puffs--yes, I am impressed by this and feel it deserves a second mention. ;) ) 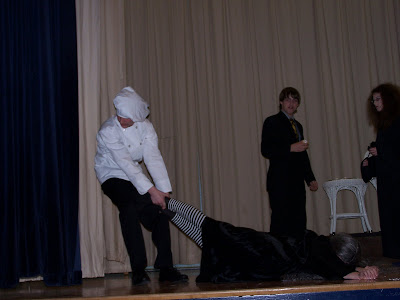 After the Witch of All Witches succumbs to the cursed cream puff, Baker Pierre hauls her off to the dungeon. 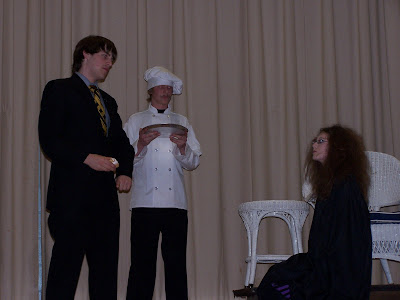 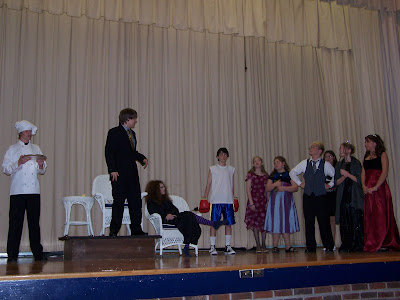 The Page who wants to marry the princess is really a prince who wandered off in the forest at 2 yrs old. The new WoAW recognizes him. 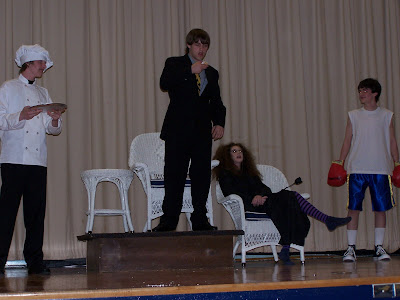 The WoAW asks for the princess's former fiance so he can feed her bats. The king gives him to her. :) 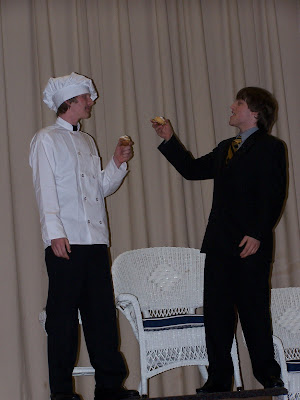 Baker Pierre & the King enjoy a cream puff (that they baked themselves--yes, this impresses me. I've never made a cream puff before, but now that my son knows how... ;) ) And this is the end of the play. :) (And for all you writers out there, I basically just wrote a short synopsis of the play). 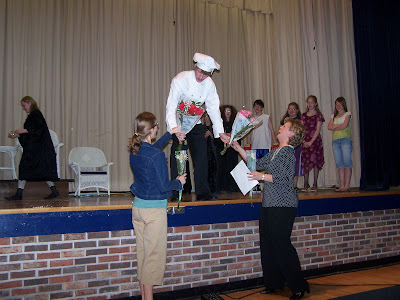 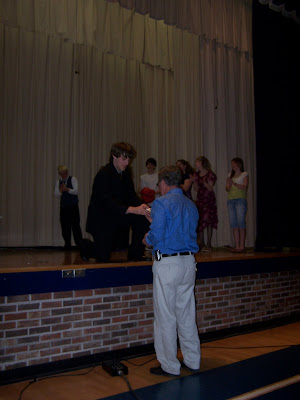 The King presents Mr. Matthews with a cream puff. 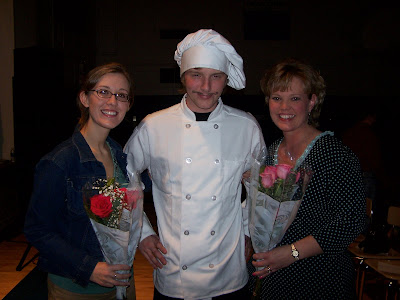 Baker Pierre with 'his girls'.
Posted by Janice Lynn at 8:14 PM

Fun, fun, fun -- so great to see kids involve in something they enjoy so much.

Great pictures! Looks like they all had a blast :-)

I think they did. I know I had a blast watching the play.

They really did a great job!

In 1965 our class did this play (an elementary school in NJ). If anyone knows the author please email me kasey204@netzero.net. Thank you.