Getting Ready for Romantic Times Convention 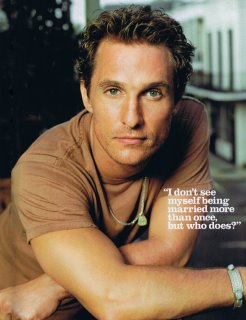 It's so difficult to believe that an entire year has passed since I was anxiously awaiting the Romantic Times convention, but it has. Wow. This year a new American Title finalist will be announced. The two remaining finalists, Ruth Kaufman & Gerri Russell, are both fabulous & I can't wait to see the winner's cover unveiled. I'm sure it's going to be awesome as Dorchester does great covers. I was so thrilled with JANE MILLIONAIRE's cover last year. :)

I leave out on Wednesday & won't be back until late on Sunday. This coming week is going to be cram packed with good stuff. I just know it. Tomorrow, my sister & I are cooking dinner for my Mom. We're all going to church with her first, then to her house where we're bringing a surprise meal, plus gifts. :) Tuesday is my daughter's next soft ball game. Today she played two games. Won the first 20 to 7 & the second one 16 to 1. It was an awesome day & the girls played well. They got beat pretty badly their last game (although they're a great team), so it was a good confidence builder day for the girls. :) Was so proud. Then on Wednesday morning I fly out early, land in Orlando, & then on to Daytona. That afternoon I'm on a debut author panel & then Thursday there are some awesome classes & parties. Friday I'm hosting the hospitality suite for a while. Then on Saturday, it's the booksigning & Dorchester's party. :) I'm excited & can't wait. Yeah, the sunshine appeals, too. :)
Posted by Janice Lynn at 8:55 PM

Have fun at RT! Wish I was going. The beach sounds good with all this dang rainy, chilly weather we're having.

Have a great time, Janice!