It's all in your Point of View 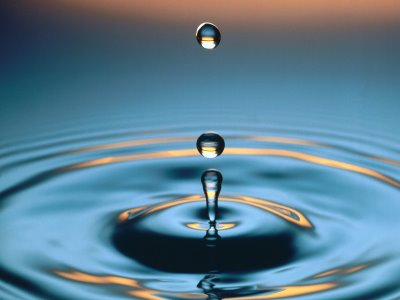 Like many other romance authors I woke up Friday morning with a smidge (just a smidge because I really had no expectation of finaling) of hope that I might get a Rita call. I was also hopeful for several of my pals who'd entered the Golden Heart. For those of you who aren't aware, the Rita is the most prestigious award for published romance writers. The Golden Heart is the most prestigious award for unpublished authors. Both are sponsored by Romance Writers of America. I joined RWA in 2003 and entered the Golden Heart for the first time and amazingly finaled.

Anyway, despite knowing that the biggies were most likely to final in my category (& they deservingly so did), I couldn't quite not dream I'd get a call. I didn't, but by the time I realized I wasn't getting a call, I no longer cared. Why? Because it's all in your point of view. Or in this case, my point of view.

So what changed from the time I arrived at work to the time I realized all the calls had gone out? Let me tell you, because it really does make you (me) reassess your (my) life and priorities.

My first non-scheduled patient for the day. A young woman with two children. Last year her husband died unexpectantly. This young woman has been struggling with raising her two children since, particularly the oldest who has developed manipulative behaviours. About a month ago I diagnosed this young woman--a year older than me--with breast cancer. Last summer when she had her physical I hadn't been able to feel any abnormalities and in February there was a 3 cm mass. Over the past month, she has been to the surgeon and to the oncologist several times. Pretty much my role in the treatment of her cancer was done at the point I made the referral to the specialists. However, this young woman has NO ONE in her life except her two children and an 80 something year old dad. When I say no one, there is truly no one else. She came in to the clinic because she'd seen the oncologist the day before and he'd told her that the cancer was very agressive, now encompassed about half her breast (approximately tripling in size over the past month) and had spread into her lymph nodes. Already she'd been told by the surgeon that she would have to have chemo to shrink the tumor prior to his being able to do the mastectomy. Now the oncologist was telling her that if the cancer had spread beyond the lymph nodes and breast, with as agressive as it is, there wasn't much they could do and she wouldn't live more than a few months at most. She came in to see me because she needed to talk and she didn't have anyone else to turn to. I cried with her and felt ashamed over my anxiety over a contest final. Too often we place too much importance on things that, when it comes down to it, fall far down on the list of what's truly important.

I don't usually post depressing things on my blog--for lots of reasons, but because of how radically this affected me this weekend, I needed to share. It is so easy for us to get caught up in day to day stuff that we often forget what all we have to be thankful for. Things like our health--like simply being able to walk across the room without pain or to be able to dress yourself, the ability to remember yesterday, last week, last month, last year, your childhood, the ability to look at your spouse, your children, your parents and know who they are and that you love them, the ability to inhale deeply and ease your need for oxygen. We forget our blessings in our family, our friends, our pets, our joys in simple things such as arts, crafts, sports, hobbies. I don't mean for my post to depress --I want it to make you smile in appreciation of life's many blessings, for you to become giddy with life's true richness, for you to quit worrying about this and that and enjoy each moment of the day, of every day. It's difficult to appreciate things until they're gone and I want you to take a deep breath, think of what it is that's stressing you the most, and ask yourself "Does it really matter? If I found out I was dying? my significant other was dying? my child? my parent? Does that stressor really matter? Will I even remember whatever that stressor is six weeks from now? Six months from now? Six years from now?"

Sometimes the answer is yes, but most of the time the things that stress us aren't really all that important. This post is a reminder to enjoy your life, change the things you have control over, and accept those you don't, but above all, treasure each and every day for the gift it truly is.
Posted by Janice Lynn at 8:05 PM

You are so right! Thank you for the reminder.

This woman will be in my heart now. I hope the chemo is more aggressive than the cancer and she makes it.

Thank you for the reminder, Janice. It is a shame how often we forget. My heart goes out to that young woman and I hope she can beat the odds. Her story is truly heart-wrenching.

This is so sad, and I'm glad you can be there for her. I know you're a kind-hearted soul and your talk with her probably gave her some comfort. I hope she has a good response to the chemo and makes it through okay, for herself and her kids who have already been through so much.

Janice, you are such an awesome lady. I'm glad this woman has you on her side.