Thursday was a crazy busy day at conference. Lots of workshops, lots of friendly faces. My friend Stacey Lynn sold to Harlequin Historicals on the Monday prior to conference so the Writers Playground (a group of 20 fabulous & oh so talented women) got her a Build-A-Bear named Mustang. Each time a playmate sells we have a bear made to go along with the story. Stacey's book is Mustang Wild. She's awesome so be sure to look for her book next spring! 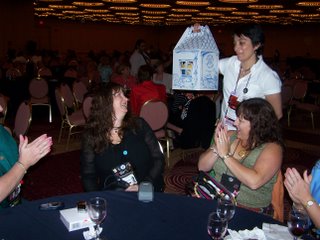 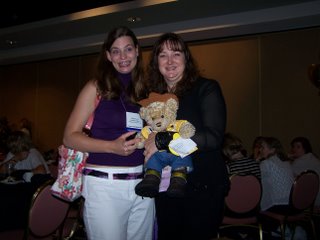 At 3ish I met with the Wet Noodle Posse. We went to a place called Dailey's. I had just enough time to hang around for photos and then I hightailed it back to the hotel for the From the Heart get together. I serve as secretary for that chapter and didn't want to be late. Of course I was a wee bit, but only a couple of minutes. 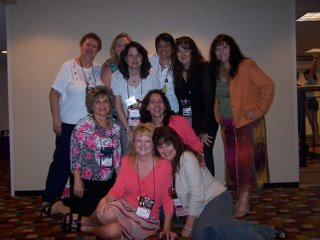 After the From the Heart party, there were lots more. I went to the Golden Network party where I discovered my pal Terry McLaughlin (Harlequin Superromance) is quite the actress & watched as several of my pals got booted. 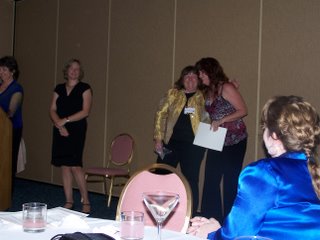 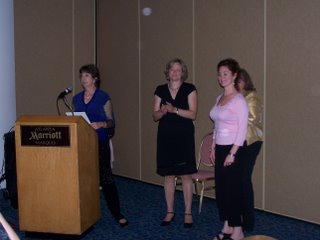 Some of the Wet Noodle Posse 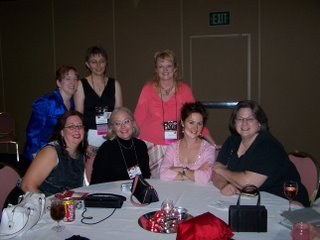 At the National Readers Choice Awards my pals Kelley St. John & Diane Perkins both won their categories!! Here's a picture of Diane, her award, & her editor. 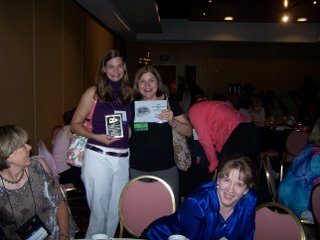 Great pictures, Janice! It was wonderful to finally meet you at conference!

You looked sooo pretty all blonde :)