A few friends & I are judging entries for a particular writing contest. We've been discussing rules that have changed this year from last year (yes, we judged last year, too). The rule that's bothering us is that for every score given that's not a 5 (perfect score) we have to make a comment. Don't get me wrong. I think someone who's going to judge needs to make comments. After all the entrant paid money to enter the contest. But several of my friends have said they will NOT be judging this contest next year if this rule sticks. Why should they have to justify every score that's not a perfect number when the reality is that most entries are average---not perfect.
I always give comments on anything I score that's below average & personally think that should be done. I like to give the majority of my comments in the body of the entry, with summaries of comments or trends commented on in the comments sections & if I score below average, I always put a qualifier next to that number. But to require comments behind every single non-perfect score--I have to disagree. What I see happening is lots of judges (who are volunteers) no longer judging and a few judges being overworked & being the ones whose tastes & personal preferences influence which manuscripts are finaling. Maybe I'm wrong, but from what I see among my inner circle, I don't see writers who are giving up time they could be writing being okay with such stringent rules. Many want to give back to other writers, but when contests become so picky & demanding, what happens? I spoke with one judge who said she marked higher than she ordinarily would have because she couldn't come up
with a justification for her 4s other than that the entry just didn't stand out & wasn't really anything special--just technically put together well. In my opinion that's wrong. What's going to happen is skewed scores & lots of manuscripts with really high scores to where perhaps a less deserving manuscript ends up finaling. It'll be interesting to see how many manuscripts end up with really high-ranking scores. I'm betting lots.

Just my thoughts on the matter. I've judged several contests recently & not run across this requirement being so strictly enforced in other contests. I hope this isn't a new trend. I understand that chapters & contest coordinators are trying to get their entrants more bang for the buck, but perhaps some discresion should be left up to the individual judges on what they comment on. Anyone else have opinions on this? 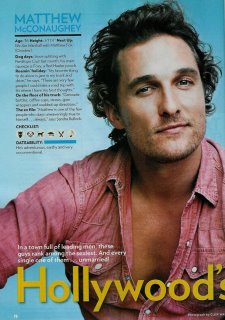 I agree. People will be less likely to mark down if they have to take extra time to comment. Silly rule. Do you have a lot of entries to judge?

I had 5...or 6. Ack. I've already turned them in and am judging for another contest, which is thankfully just 4 entries. I have one more to judge this year besides the Golden Heart--that's it for me. I'm learning to say no...no...no...no...oooohhhh, maybe. ;)